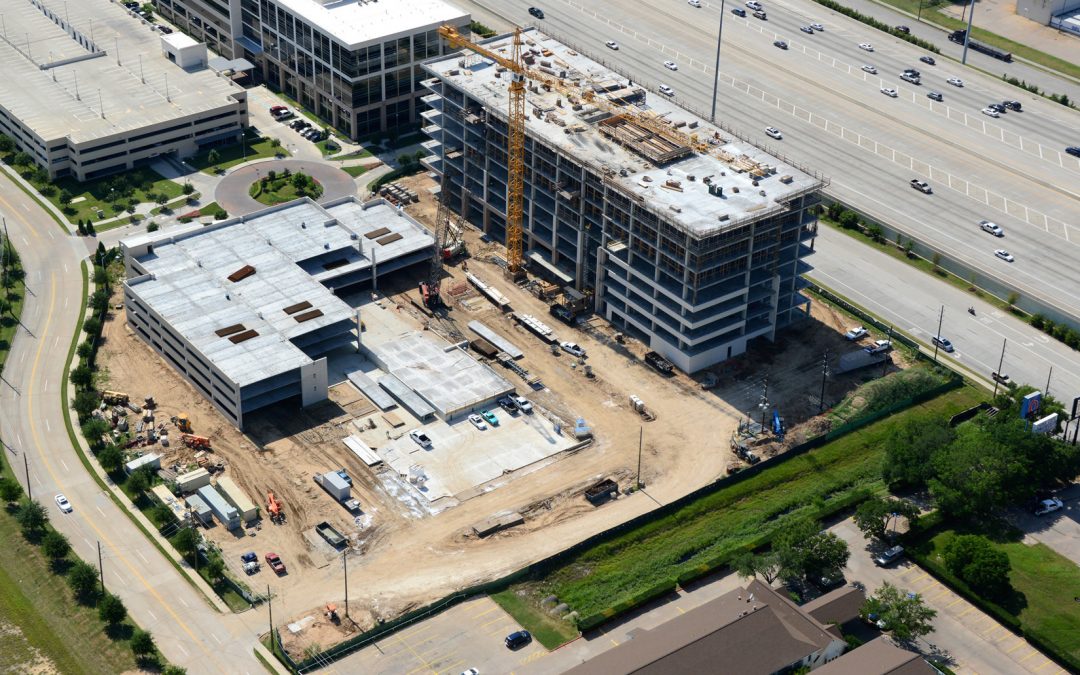 < BACK TO News NEXT STORY >

Lincoln Property topped out the eight-story Energy Crossing II, which is being built by Manhattan Construction, last week.

Anyone who has driven on Interstate 10 lately knows cranes have been back to work full speed in Houston’s Energy Corridor.

There is currently $500 million under construction, with another $800 million planned in the area, according to the Energy Corridor District.

One company making strides in the corridor is Dallas-based Lincoln Property Co., which topped out Energy Crossing IIlast week, meaning it placed the last beam at the top of the eight-story building.
The building, at I-10 and State Highway 6, was designed by Dallas-based HKS Architects and is being built by Houston-based Manhattan Construction Co.

The eight-story, 340,000-square-foot building is scheduled for completion later this year and is 65 percent preleased to Atwood Oceanics Inc. (NYSE: ATW), a Houston-based offshore driller.
Lincoln Property, in a joint venture with Stonelake, is developing another office complex just across the freeway from Energy Crossing II: Park Ten Center.

The duo started demolition in May on an existing building in Park Ten Regional Business Center, which is under development by Wolff Cos.

Dallas-based O’Brien & Associates Inc. designed the 302,000-square-foot office complex at 16200 Park Row Blvd. that will consist of two 150,000-square-foot, three-story buildings. A general contractor has not yet been decided, according to a spokeswoman from Lincoln Property.