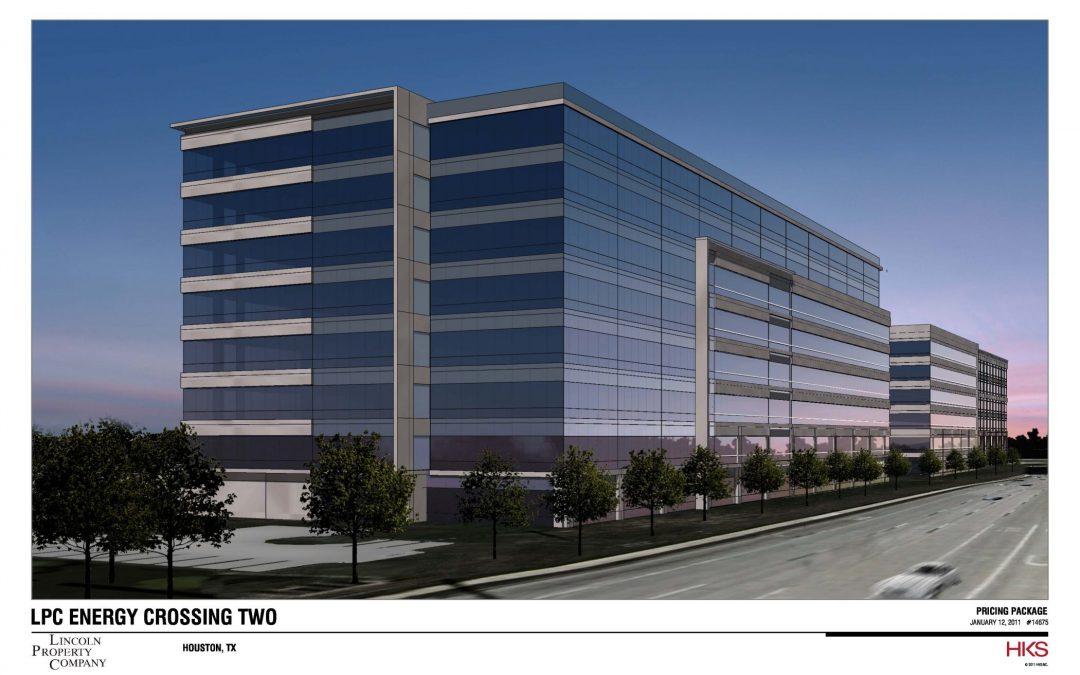 < BACK TO News NEXT STORY >

Rendering of the 325,000-square-foot Energy Crossing II, where Atwood Oceanics Inc. will move in November 2013.

Atwood Oceanics Inc. leased space last week in a planned west Houston office building in a deal that will kick off the $50 million project by Lincoln Property Co.

Atwood Oceanics (NYSE: ATW) preleased 82,000 square feet in the top two floors of Energy Crossing II, which will break ground in August at the southwest corner of Interstate 10 and State Highway 6. The six-story building will total 245,000 square feet.

The offshore drilling contractor will relocate its headquarters from its current 60,000-square-foot office at 15835 Park Ten Place Drive into the new building, said Kevin Wyatt, Lincoln’s senior vice president of marketing in Houston. Up to 200 employees will move as part of the expansion, he said.

I’ve written about the proposed Energy Crossing II a couple of times, and each time I have, the building has gotten smaller.

Then in March, the design was cut back to an eight-story, 321,000-square-foot structure.

While another two floors have been lopped off the top in this go-round, the facility will be built in such a way that two floors can be added during construction if there is enough tenant demand, Wyatt said.

The new office space will be delivered to Atwood Oceanics in August 2013 and will be ready for move-in during November 2013.

I keep asking Wyatt, but he still won’t tell me who Lincoln’s institutional partner is on the development. And get this. The facility will be built without a construction financing.

“At this point, we’re not taking out a loan,” Wyatt said.

The architect on Energy Crossing II is Dallas-based HKS Architects. Lincoln will handle leasing and management. And a general contractor has not yet been hired.